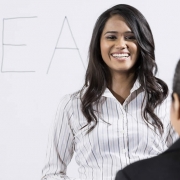 Indian developers greatly benefit from the tough global IT competition. This is due to more and more companies relying on more cost-efficient offshore employees from India, due to high cost pressures and increasing competition in their local markets.

One thing is clear: Indian developers are always a lucrative gain for your company – regardless of the cost savings.

Salaries on the Indian market are much lower than those in Europe. One of the reasons for this is that the cost of living on the subcontinent is considerably lower than those in many Western countries. At the same time, there is a very high supply of skilled Indian developers, in addition to increasingly high demand on the national and international markets. About 2.54 million (source: ibtimes) Indians now work as permanent staff for international companies. Significantly more than 10 million work as freelance IT specialists.

A further reason for the comparatively low rates is the low infrastructure costs, whereby there are large regional differences. Therefore big industrial cities such as Bangalore and Hyderabad are significantly more expensive than smaller industry sites such as Cochin.

The Indian developers’ rates also vary greatly depending on experience and specialization. The top earners among developers are clearly those who specialize in exotic and high-demand software such as Tamarin. They can earn up to 1,000 euros or more monthly with many years of experience.

iOS and Android developers from the Indian outsourcing market are also highly sought after – and are quite well paid. While young professionals earn an average of 298 euros per month (source: http://www.naukrihub.com/salary-in-india/android-developers.html), their salary will increase in the coming years to around 900 euros per month. PHP and .NET developers with similar experience earn slightly less per month, about 790 euros (source: naukrihub).

When using an offshore developer, not only are the rates a decisive factor, but also the additional taxes and infrastructure costs. On an international scale, India is much more profitable than other outsourcing nations such as China and Malaysia.

A European company will save 40% on average when hiring an Indian developer instead of a local IT professional (source: Deutsche Bank Research „Outsourcing to India: Crouching Tiger Set to Pounce“). A savings on costs, but not on the quality.outsourcing4workwill ensures this as your knowledgeable partner.

Do you work with Zend Framework, or are you looking for an OXID developer?