If you would like to create an app but do not want it to cover all platforms, then you will generally need to pick between either iOS or Android as the two main systems. When selecting an app developer and the technology to use, you should definitely already know if the app will appear on a different platform at a later date.

While native iOS apps are programmed with Objective-C (or C/C++), Android apps use Java. If you have an app created by a multi-system developer, they often use cross-platform tools that enable simultaneous development for multiple systems.

If you would first like to create an app for iOS, you should know that there are pure iOS developers who are not able to help you further with later versions for Android and Windows Mobile. Objective-C, which is used in iOS apps, has its roots in the programming languages C and SmallTalk, is less common than Java, which is used in many other areas in addition to Android apps.

Creating an iOS app: the advantages

In comparison to Android, iOS scores points with more efficient developer tools. Apple wants its products to be in the premium segment of the market, and makes it easy for its developers to develop high quality apps. The iOS development environment Xcode is especially efficient thanks to its snazzy emulators. The emulators available through Android are a bit more sluggish.

The different versions and devices are factors not to be underestimated with Android. If you would like to create an iOS app, you will only need to worry about a few different devices (iPhone 3, 4, 5, 6 iPad 1-5 generations, as well as iPad mini/Pro), while there are over 50 in Android. In addition, each Android device comes in many different resolutions. It is virtually impossible to test an app on every device in Android.

In contrast, it is much easier to publish an Android app. There are no review processes like with Apple. It is also easier to exchange data between different apps, as well as the modification of system functions. iOS apps operate in a kind of sandbox in which they have limited system access to other parts.

If you would like to create an Android app, you will achieve a higher range in addition to standing out. Android has the dominant market share of 80%. iOS holds second place, but is about 14% behind.

Creating an app with professionals

No matter if you are looking for Android of iOS developers, are interested in cross-platform apps or just still aren’t sure. outsourcing4work can assist you in every case.

We help you find the right app strategy and provide you with the right app developer from India. If you would like to create your app in India, then you will benefit from the cost advantages when compared to German suppliers.

Depending on your needs, we can provide you will exceptional iOS, Android or multi-platform app developers. You can have an app created at a fixed price, or hire a developer on an hourly basis. The contracts are concluded directly with us as a European company for your security. We ensure professional implementation with our own project managers. 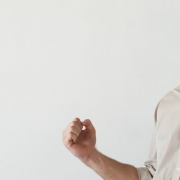 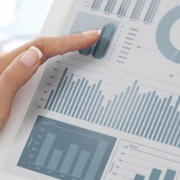